“I actually went to school to be in the ministry,” says Sheets, who worked toward a bachelor’s degree in Christian Studies at Grand Canyon University in the early 2000s.

However, during the tail end of his program, he began to realize it was not his path.

“I found myself at 22 with a degree in this very niche area of study and knowing I wanted to use it to help people, but wasn’t quite sure how to go about it if not as a minister,” says Sheets, who happened upon Holland Boone, a local retail store located in North Scottsdale, and took a job there while he decided his next step.

Sheets would spend the next four years in retail, eventually running operations for the business.

“While I enjoyed working in retail, it neither fed my soul nor gave me much time for a social life,” says Sheets, who left the business in 2009.

Finally with some free time, Sheets made plans to ask his then-girlfriend, Morgan, to be his wife.

“When I asked Morgan’s father for his blessing, he said yes, but on the condition I got myself a new job quickly,” says Sheets, who – three weeks after getting engaged – did just that.

During a job fair, Sheets came across Southwest Network, which at the time was hiring for  children’s case management positions.

“Their mission – creating partnerships, inspiring hope and changing lives – touched me,” says Sheets, who interviewed and was offered a job on the spot for a position with the organization despite having no formal background in counseling or social services.

The interview changed the course of Sheets’ life forever. 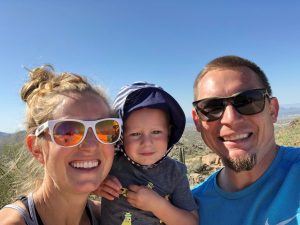 “For the next four-and-a-half-years, I poured myself into providing quality services to members served while taking on more and more responsibility,” says Sheets, who would serve as a case manager and team lead for the organization where he was able to help families experiencing behavioral and mental health challenges including children living in foster care and group homes.

By 2013, a colleague began talking to him about taking the necessary steps to move forward in the field.

“I set my sights on earning my master’s degree in Professional Counseling over the next two years,” says Sheets, who managed to work full time while in school and took on a time-intensive internship as part of his master’s requirements.

The 1,600-hour internship, where he primarily provided counseling and case management was with Southwest Behavioral & Health Services (SB&H).

“SB&H is a leader in the development and delivery of services in the areas of housing, residential care, prevention services, outpatient services to children, autism spectrum disorder, school-based counseling, opioid replacement services, incarcerated persons and dually diagnosed adults. Their aim is to continuously innovate in order to help people,” says Sheets, noting the organization provides services throughout greater-Phoenix and rural Maricopa County as well as Gila, Mohave, Coconino, and Yavapai counties.

Master’s degree in hand, Sheets joined SB&H full time in 2013. Never one to rest on his laurels, Sheets also took on an adjunct faculty position at Phoenix College, helping students new to higher education best set themselves up for success.

By 2015, Sheets was named the program director for SB&H’s Broadway outpatient clinic in Phoenix, where he oversaw services for 700 individuals in any given month while implementing new counseling programs, assisting medical professionals and providing counseling to adults and children so he could earn his independent counseling license. In his spare time (what spare time?), he also worked at an SB&H crisis recovery unit completing assessments.

“In 2016, I took on my biggest challenge yet: overseeing our Metro outpatient clinic. There, we helped approximately 2,000 individuals each month. From there, I took on a vice president role in 2017, overseeing all outpatient services across Maricopa and Gila counties, and then a senior vice president role, overseeing all SB&H service offerings across those same areas including residential programming, inpatient treatment, opioid replacement services and school/community based treatment” says Sheets, who is especially proud of the launch of their Southwest Autism Center of Excellence (SACE) in 2017.

SACE is a collaborative effort of Southwest Behavioral & Health Services and Southwest Human Development. SACE’s philosophy of serving Autism Spectrum Disorder (ASD) members throughout their life span promotes high quality community-based services that are tailored to each member and family – delivering services in the most appropriate setting, in a timely fashion and in accordance with best practices, while respecting the members and family’s cultural heritage.

According to Sheets, another point of pride is SB&H’s four opioid replacement clinics

throughout the state that are working tirelessly to save lives and help alleviate the statewide crisis.

“I am honored to lead and work with professionals who are intentional about serving others,” said Sheets. “My position has afforded me the opportunity to create new programs—built with purpose—to serve community members in need. I get to come to work every day and know we are impacting people and improving communities.”

The last 18 months have been about fine tuning existing programs and expanding into other passion areas that serve high risk populations.

In 2019, SB&H teamed up with Mercy Care to provide services to victims of human trafficking. Focused on building a rapport based on trust, we encourage healthy lifestyles, good decision making and will even accompany victims in court.

Sheets’ other project is working with individuals that need transitional housing, specific to the homeless population, so they can get back on their feet and look forward to new beginnings.

In addition to his work at SB&H, Sheets is a counseling advisory board member at GCU and takes great pride in coaching and mentoring students getting ready to enter the healthcare field. He also provides mental health immersion courses for students in their Doctoral Nurse Practitioner program at Arizona State University.

So, what’s next for Sheets?

“I cherish the work I do and am thankful that I’ve been able to build a career based on human kindness,” said Sheets. “What’s even better is that I can share that same philosophy with my family. I’m practicing balance to be an effective husband and father to my wife and almost two-year-old son Nelson. When you’re trying to lead an organization and a family, it can be trying. Everything must be intentional and a healthy work/life balance is critical.”

Written by: By Jennifer Schwegman

Jennifer Schwegman is a publicist, freelance writer and lover of all things outdoors. When she’s not running or hiking, she’s promoting visibility and awareness for some of the world’s most innovative companies. Currently, she is president of IABC Phoenix and a member of the HMA Public Relations team. In her spare time, the relatively new Valley transplant enjoys exploring Arizona with her husband, Mike. 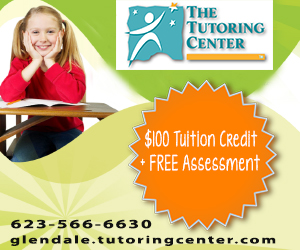 Subscribe to our free eNewsletter and stay connected with North Phoenix Family. Our eNewsletter is designed to make your family life easier and a lot more fun! We’ll deliver inspiring stories right into your inbox along with local family resources, product recalls, upcoming events, and more! Sign-up now!